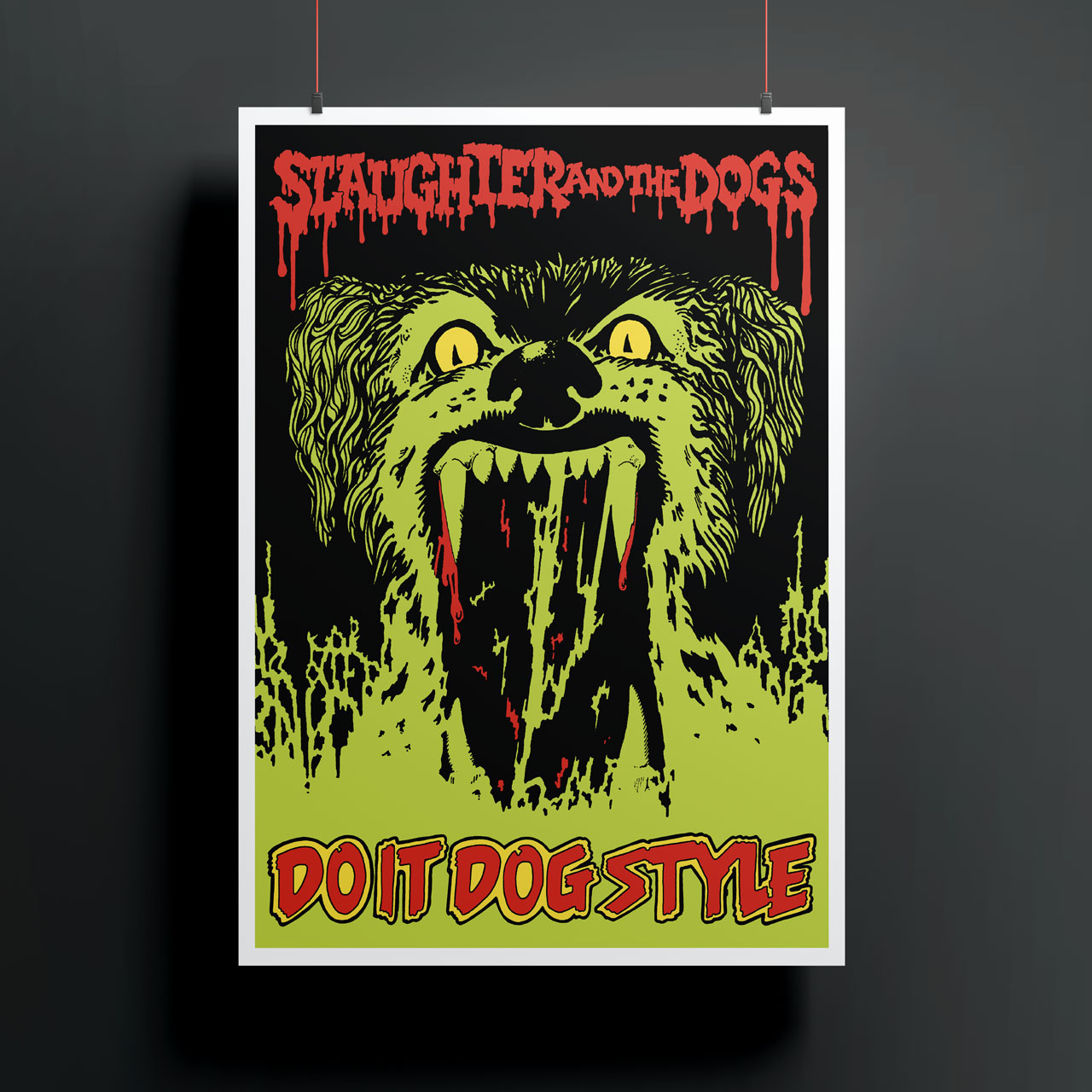 Having based his early sleeve, poster and badge designs for Slaughter and The Dogs around his line art illustration of a bloodied Alsatian dog, Steve McGarry’s design for the band’s major label debut album, “Do It Dog Style,” featured the iconic rabid dog illustration and distinctive hand lettering that has become a hallmark of the group’s image over the ensuing decades. Recreating the look and feel of the prints that would have been flyposted around Britain at the time of the album’s 1978 release, this print is offered in a limited edition signed by the artist.