Slaughter and the Dogs “Warning” Poster 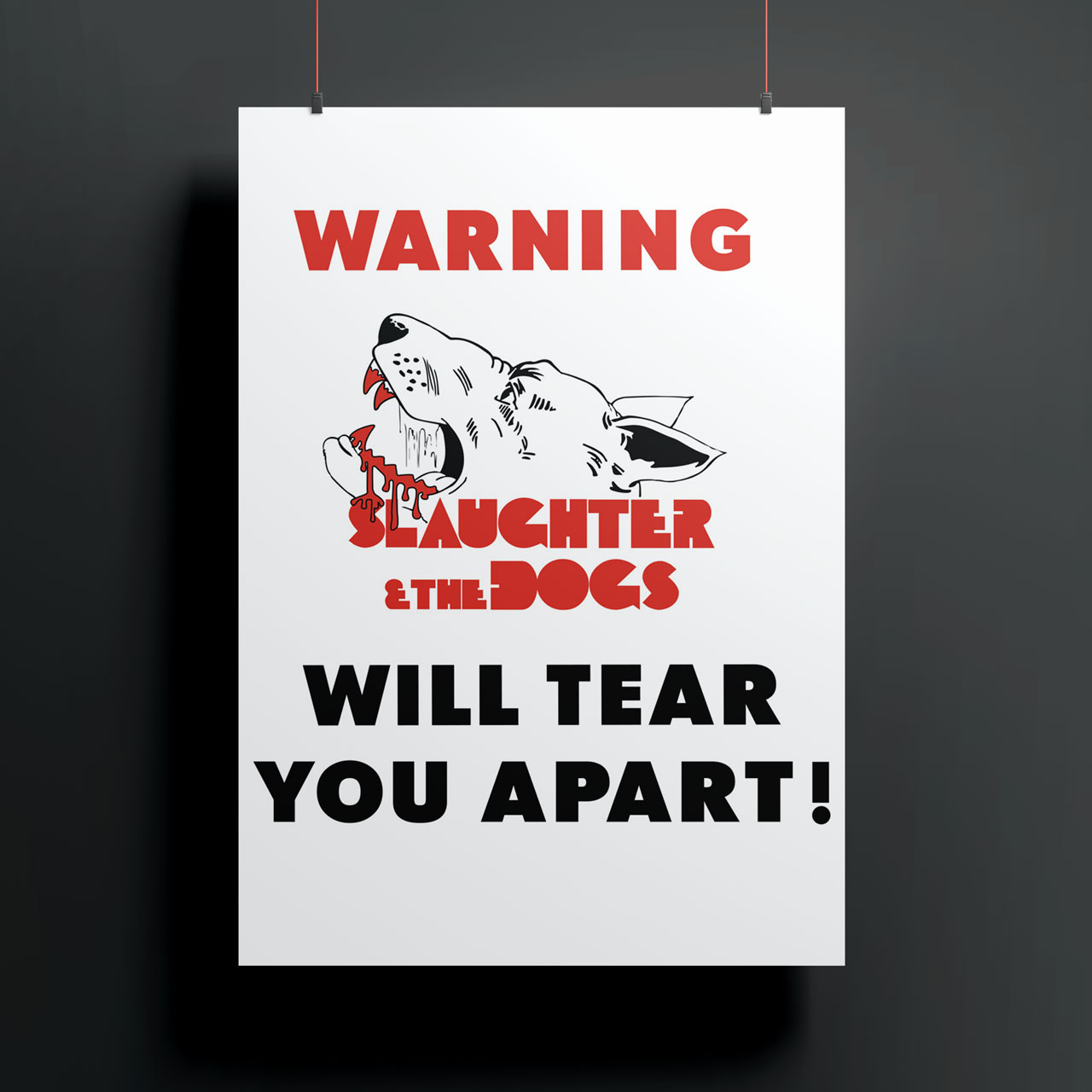 Rob Gretton would go on to manage Joy Division and New Order and become an essential figure in the story of Factory Records and The Haçienda. However, his first foray into the music business was as fan club manager for Slaughter and The Dogs. It was Gretton who commissioned Steve McGarry to create the original Slaughter and The Dogs alsatian head logo and design the “Manchester Rains” fanzine. Rabid Records was founded in 1977 by flyposter kingpin Tosh Ryan to release the group’s first single, with Gretton contributing a significant sum of cash to help fund the recording and release. Gretton also introduced Steve to Tosh, who commissioned Steve to create a poster to raise awareness of the band ahead of the debut single. The original art, for which Steve used his alsatian head design and created a tagline of Slaughter and The Dogs Will Tear You Apart, was delivered to Tosh at a Rob Gretton promotion at The Oaks in Chorlton, one of the first venues to promote punk and new wave acts in Manchester. Within days, Tosh Ryan’s flyposter teams were papering the walls of the city with the prints. Recreated in a limited edition of 100.